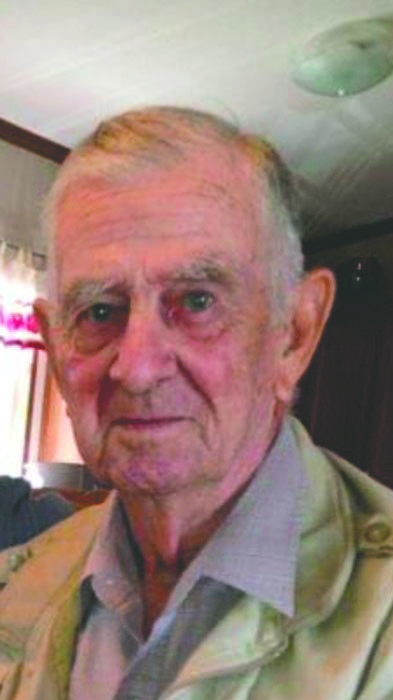 Bill was born in Crowville, LA on August 16, 1934 and went home to be with his Lord on March 26, 2019 after a lengthy illness. He was preceded in death by his loving wife, Betty M. Wroten, his parents, Rich and Dora Wroten, his sister, Edith Berkemeyer, his niece, JoAnn B. Beddingfield and son-in-law, John Walker,III.

He is survived by his daughter, Sandra W. Walker of Haughton, La and his son, Terry Wroten and wife Jody of Princeton, LA; his granddaughter Stacey Adams (Jason) of Haughton, LA and great grandsons Carson and Brock; his granddaughter Wendy Roop (Dale) of Cleveland, TX and his great grandsons, Cohen and Kyler; his grandson Tanner Wroten (Shannon) of Doyline, LA and grandson Aaron Larned (Lyndsi) of Bossier City, LA and great- grandchildren, Brayden Kayson Blakely; his sisters, Margie DiTrapani and husband Jim of Pilot Point, TX and Bonnie Small of Tucson, AZ and numerous nieces and nephews.

After graduating from Crowville High, he joined the Army and upon discharge, Bill and Betty made their home and raised their children in Minden. Bill was employed with McInnis Brothers Construction and his loyalty spanned 47 years. Bill’s talent and reputation as a Superintendent for McInnis Brothers gave him the opportunity to construct numerous buildings in numerous cities and states. His last job was the new addition of Minden High completed in 2008. He was also a deacon and sang in a gospel group, “The Deacons.”

The family would like to express their gratitude and love to Bill’s sitters, Karen Hollenshead, Sharon Hollenshead White, and Sheila Hales who provided him with loving care until his condition worsened. They would also like to thank the staff of Town and Country Nursing Home for all the care, support and guidance during Bill’s illness.

Bill’s good days out weighed his bad, his great days outweighed his good but his greatest day was March 26, 2019, because “For God so loved the world, that He gave His only begotten Son, that whosoever believeth in Him shall not perish, but have everlasting life.” John 3:16

Memorials may be made to St Jude or Shriners Hospital.