The vacancy on the 26th Judicial District Court bench for which today’s election was held was created when Judge Charles Jacobs resigned last July in order to become the new city attorney for the City of Bossier City serving under the administration of newly elected Mayor Tommy Chandler who took office on July 1, 2021.

In candidate profiles published in the Bossier Press-Tribune on March 9, 2022, both candidates stated their reasons for seeking the open seat on the 26th Judicial District Court bench. Doug Stinson stated his desire to continue to serve the public in a different capacity as judge and how he wants to make a positive difference for our community as a judge as being his reasons for becoming a candidate in this race. Stinson is an attorney from Benton. He has a private legal practice, he currently serves as the attorney for the Town of Benton and he has served as an Assistant District Attorney for Bossier and Webster Parishes since 2012. He comes from a long line of public servants and his father, Ford Stinson, Jr., also served as a 26th Judicial District Court judge from 1996-2014.

Allie Aiello Stahl mentioned her 10 years of service to the citizens of Bossier and Webster Parishes as a prosecutor and her passion of always wanting to help innocent victims of crime, particularly families and young children as being her reasons for entering the race for the 26th Judicial District Court open seat. Stahl is an attorney from Bossier City. She has a private legal practice and she has served as an Assistant District Attorney for Bossier and Webster Parishes for the last 10 years. Her husband Christopher is also an attorney in Bossier City.

Bossier Press-Tribune Managing Editor, Stacey Tinsley, caught up with both candidates at their individual campaign watch events on Saturday night in Bossier City. Stahl held her campaign watch event at BeauxJax in Bossier City’s EastBank District. In conceding the race, she said, “Thank you all for being here tonight, I really appreciate your support. As for the results, they are not what we had hoped for. But, I’m still so thankful for everybody that is here tonight. I’m so proud of the campaign that we have run. I’m very thankful for everybody that has supported me. I have a fabulous team and I am proud of the message that we put out there.”

Stinson held his campaign watch event at DavTac Guns and Ammo on Swan Lake Road in Bossier City. He said, “Thank you for all of the support that I had, especially law enforcement. The fact that law enforcement was willing to get behind me, meant a lot to me. My family and friends have been incredible. It has been pretty amazing seeing everybody rally around me.”

In his March 9, 2022 Bossier Press-Tribune candidate profile, Stinson stated his priorities (if elected) will be to continue what he has done for his entire career – work hard, be prepared for court every day, always be fair, be tough on crime, protect victims’ rights, try to be as efficient as possible, and maintain the integrity of our judicial system. He also said that fairness and  equal justice under the law are the most important aspects of our judicial system, which he intends to uphold. And, he stated that he intends to continue to support law enforcement and how fortunate we are to have such great law enforcement in our district.

Specht Newspapers will follow-up in the days ahead with additional reports as Stinson prepares to be sworn in as judge. 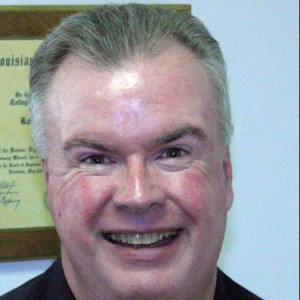 NFL trio to team for pair of free football camps

After going undefeated at 9-0 in District 1-2B play this baseball season, it should come as no surprise that the Lakeside High School Warriors made

NFL trio to team for pair of free football camps

Three free football camps conducted by current NFL players will be offered in Caddo Parish this summer. All three players are graduates of Calvary Baptist