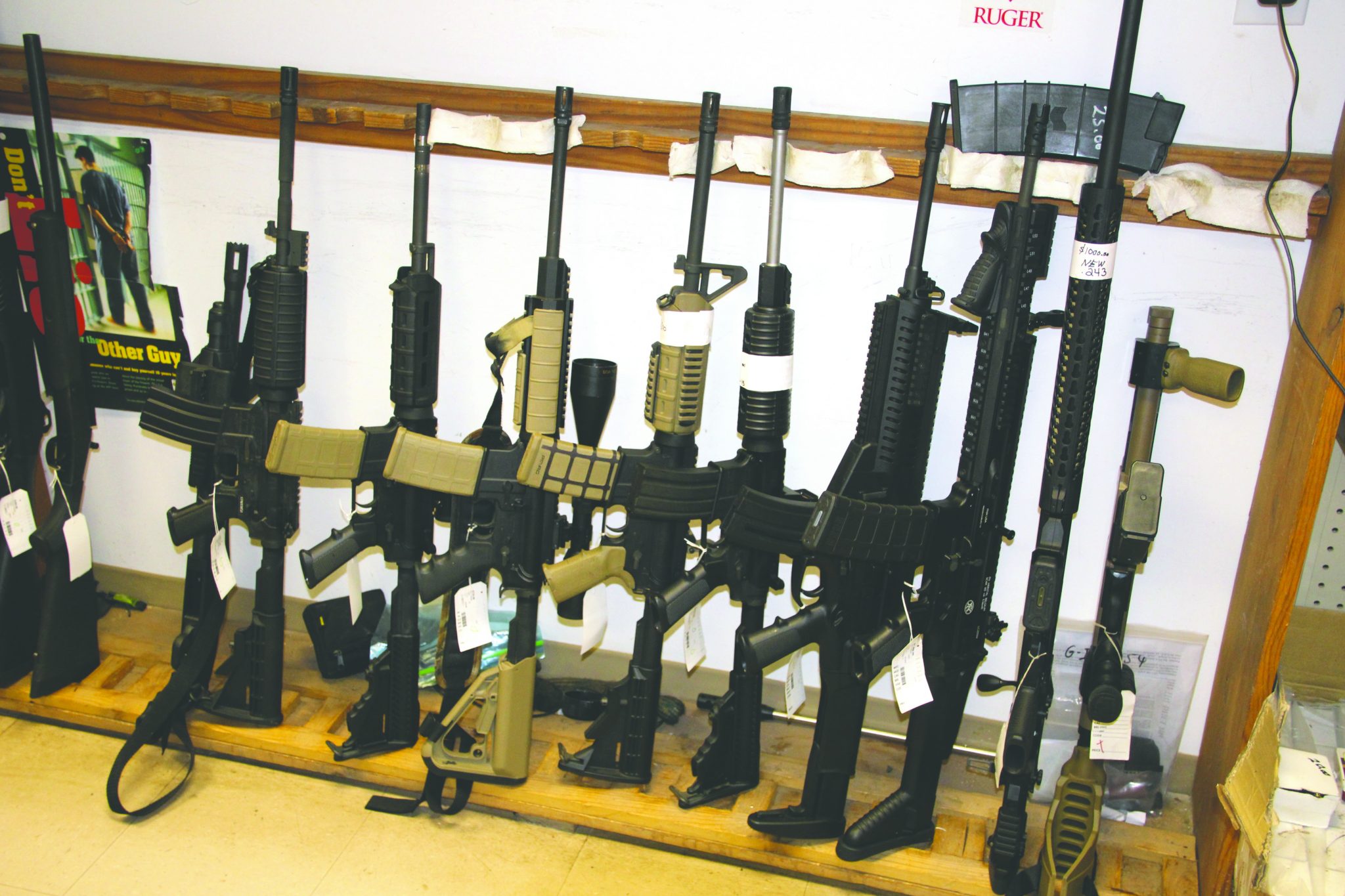 A former chief of the Louisiana State Police is co-authoring a bill in the state House that would ban the sale of assault-style weapons statewide, according to a report from the USA Today Network.

Landry (D-New Iberia) said in an interview Tuesday that part of his reasoning behind the bill is that he does not want police officers “outgunned.” Minden Police Chief Steve Cropper sees the issue a little differently.

“My personal opinion is that banning AR-15 type weapons is not going to solve our problem,” Cropper said. “Because the bad people will get their hands on a gun no matter what they have to do.”

In a red state in the Deep South where even the Democrat governor has been against strict gun control, Landry said he has “no expectations” his bill will pass, but “people need to be on the record.”

Cropper said he understands Landry’s point of view, but he does not believe an assault rifle ban would solve the issue of gun violence. He also said Minden police would not always be outmatched by someone with an AR-15.

“I know there has been times back when a lot of agencies didn’t allow their officers to carry AR-15s,” he said. “But I do, if they’re certified with it. They have to go every year to re-qualify for it. We do it to help them stay in the fight longer. You can get a high-capacity magazine, and instead of getting in a shootout with 15 or 17 rounds in your handgun, with that rifle you have many more rounds.”

Currently in Louisiana, a customer is required to undergo an automatic background check through the FBI system before acquiring an assault-type weapon. If it checks out and the customer has a valid driver’s license and address, he can leave with the weapon the same day.

Gun control talks across the country have been reignited by the recent mass shooting in a Parkland, Fla. school, with citizens and lawmakers divided on how to best address the problem.

Cropper said he believes the U.S. is at a point where no kind of gun ban or control will truly solve the issue. The problem is with people, not guns, he said.

“I think they could completely change every law and rule, and if you got a person out there who has made a decision to go to a school and shoot children, they’re going to do it,” he said. “ But everyone has their own opinion, and I respect their opinion. I don’t know – it’s a sensitive subject.”

If, as many in the Deep South believe, gun control is not the answer, the question remains: what can be done? Lora Meador, a clerk and bookkeeper at Minden Pawn and Gun, said the answer lies not in removing guns but in putting them in the right places.

“I think every one of those teachers needs to be armed and trained in firearms,” Meador said. “That way if anyone comes in they can protect the children.”

This solution is a widely discussed topic in the wake of recent events, and proponents such as Meador say it more effectively fixes the problem without being unfair to law-abiding citizens.

“I don’t think they should ban any guns,” she said. “If they ban guns, ban them from the bad guys, not the innocent people who need them to survive to protect themselves.”

Cropper said that while he is not sure about arming teachers, there does need to be armed security in schools.

“Personally, I wouldn’t necessarily say a teacher [should be armed],” he said. “But when you look at Capitol Hill, the White House, and famous people, their security is armed guards. That’s where the security comes from. We protect our movie stars, but we don’t protect our children. I know there’s not funds for it, but the only way to stop it now is to treat our schools like the White House and give them armed security. The only way to stop a bad guy with a gun is a good guy with a gun. And that’s my opinion.”

Landry’s bill in the state legislature is unlikely to make an impact in gun control in Louisiana, but the reality of gun violence and the debate surrounding it continue.