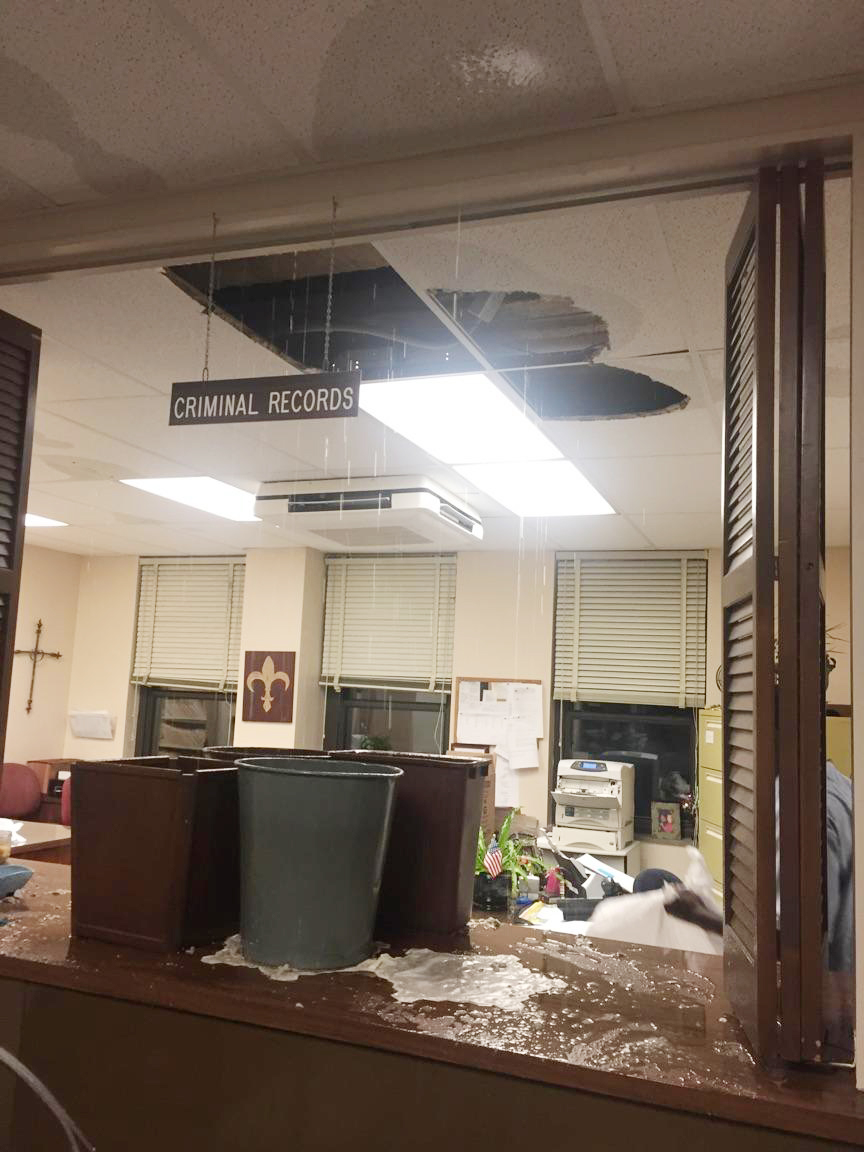 A busted pipe in the Webster Parish Jail on the fourth floor of the Webster Parish Courthouse is to blame for flooding around 9,000 square feet of the building over the weekend. Water was reportedly standing 2 to 3 inches in some areas of the building. Damage reached the first floor and Webster Parish Clerk of Court’s office, however no files were damaged officials said. Cleanup company Servepro worked Monday to cleanup the building. Secretary/Treasurer Ronda Carnahan said insurance adjusters would determine the cost of the damage later in the week.