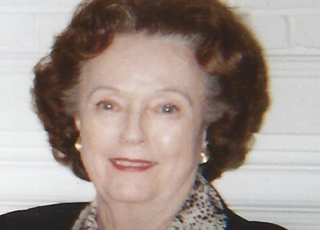 Mrs. Treat, 91, died July 12, 2016, after a lengthy illness. Visitation will be at Rose-Neath Funeral Home in Shreveport, located at Marshall Street Chapel, Thursday, July 14, 2016 from 4:30 until 6:30 p.m. A graveside service will be held at 11 a.m. Friday, July 15, 2016, at Minden Cemetery, located at the corner of Pine Street and Goodwill Street. Officiating will be The Very Rev. Alston Johnson, Dean of St. Mark’s Cathedral.
Sally was born to Gertrude Brinkman Stone and Charles Reeve Stone and grew up in Shreveport. She graduated from C.E. Byrd High School and attended Centenary College of Louisiana where she was a member of Zeta Tau Alpha Fraternity and Chi Sigma Nu Education Honor Society. She married Frank Burnett Treat, Jr. o

f Minden, LA, in 1945 and resided in Minden until Mr. Treat’s death in 1994. While living in Minden, she was a member of St. John’s Episcopal Church where she served on the Altar Guild. She was very active in the Jr. Service League, The Minden Department Club and the Minden Garden Club.

Sally relocated to Shreveport where she resided until her death and was a member of St. Mark’s Cathedral. Mrs. Treat belonged to The Shreveport Club, The Cambridge Club, The Shreveport Opera, The Daughters of the American Revolution, The Colonial Dames of the 17th Century, Life Member of Centenary College of Louisiana Board of Trustees, The Centenary Muses, The Centenary Women’s Endowment Quorum, The Cotillion Club, The Demoiselle Club, The English Speaking Union, she served on the State Diocesan Board of the Episcopal Women, and many others. Sally was an accomplished bridge player and an avid Rummi Kub player. During her marriage, she and Mr. Treat traveled extensively. As a homemaker, she was an outstanding cook and passed her gifts on to her family and friends. Sally was a generous and loving mother and a true “Steel Magnolia” who always had a pearl of wisdom to bestow upon her children, grandchildren, great-grandchildren and friends.