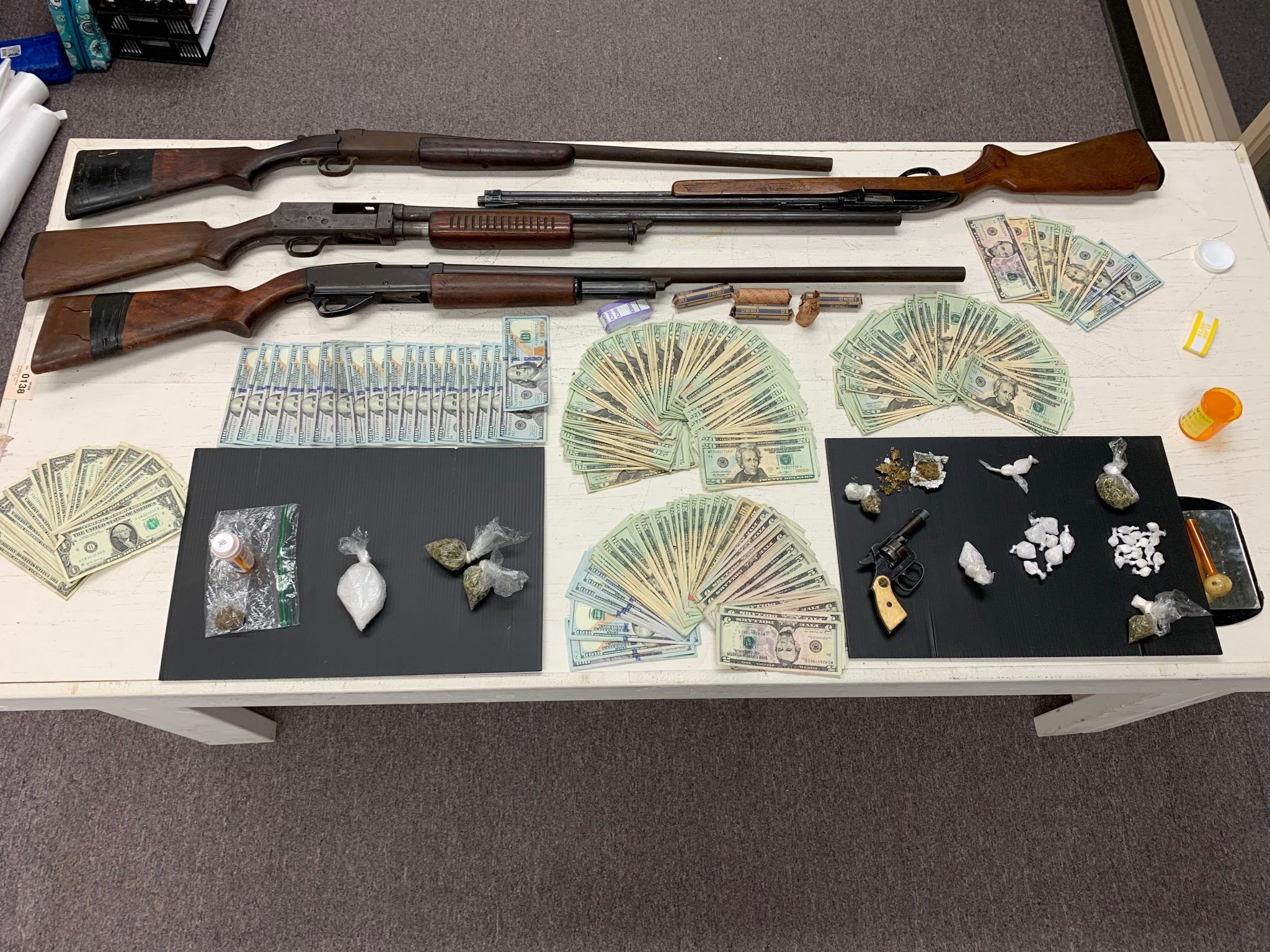 Narcotics detectives had secured an arrest warrant for pertaining to the distribution of methamphetamine as well as a search warrant for the property they were residing at.

According to the booking report, “Detectives subsequently conducted a traffic stop on Randall in the Family Dollar parking lot. Randall was immediately taken into custody and Mirandized.”

Detectives then conducted a traffic stop on Grigsby, and afterwards executed the search warrant at their residence.

In Grigsby’s booking report, it states that approximately 20 bags of crystal meth and numerous baggies of mariuana were found packaged for sale. The search also revealed 3 shotguns, 1 22 caliber rifle, and one small caliber handgun, “which was found under the pillow of Grigsby’s bed fully loaded,” the report stated.

The search also found $5740 in United States currency inside the residence as well as, 563 dollars on Grigsby’s person, which the report states was broken to amounts commonly associated with narcotics distribution.